Paragon Village is located in San Agustin and Cabuco within Trece Martires. You can find the Village along Governors Drive. And it is only a few minutes away from the SM Trece Martires.

Close to home centers and amenities

Whether walking or commuting to any one of the important centers of business, health and wellbeing and education, if they are not a kilometer or two away from the Paragon Village, they are a mere meters away. The closest shopping malls are E-Home and the Tower Mall, as well as Trece Martires’ Walter Mart and Pure Gold.

More importantly (undoubtedly) are the nearby schools and hospitals. Cabuco Elementary School, Notre Dame, the Lyceum and the Cavite State University are the closest educational institutions. The General Emilio Aguinaldo Memorial Hospital and the MV Santiago Medical Center are not more than three kilometers away from Paragon Village.

The city of Trece Martires

This city was originally named after the thirteen martyrs of the province of Cavite. They were executed by the then Spanish colonial government for rebellion during the latter stages of the nineteenth century. As late as just ten years ago, this city did not even have a population count of more than two hundred thousand. This is ideal for those future residents of the Paragon Village who do not wish to be encumbered by congestion. Residents will, of course, also be buying into high living standards.

As has been the case for a number of cities around the country, large scale industry and commerce has come to replace agriculture. This is leading the drive for many Filipinos to consider re-locating to Trece Martires to further their business careers or find stable, long term employment. But two pleasing features about this city are well worth remarking upon.

After being introduced to your Paragon Village developer, you will be given a brief tour. This short tour takes a look at the unit’s floor plan and what a typical two-bed roomed home looks like. It also gives you an important introduction to the property’s construction features. For those who are utterly new to town, you will be given a guided tour of the Paragon Village’s immediate location and surroundings as well as the city of Trece Martires. 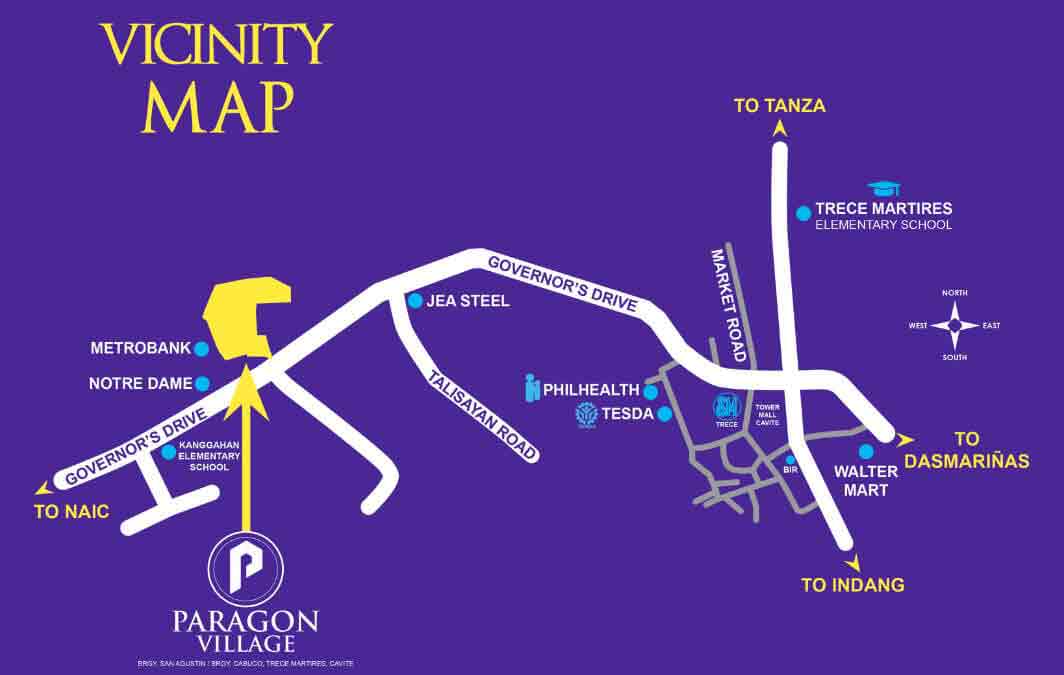